skip to main | skip to sidebar

Generous support from CETL and the Department of English and Foreign Languages enabled me to attend the Ninth Congress of the Brazilian Studies Association (BRASA) in New Orleans, March 27-29, 2008. BRASA is the major international organization focused on multidisciplinary Brazilian studies. The conference had approximately 1,000 attendees from the US, Brazil, and other countries. Remarkable this time were the number of panels dealing with Portuguese language and culture pedagogy and related issues. This increase, I believe, has been stimulated by the steady expansion of Portuguese language instruction in the US (WSSU initiated its program in fall 2005), the publication of new and very good materials for beginning learners in the US, and the recent implementation of an internationally administered standardized, multi-skill proficiency test in Brazilian Portuguese. Aside from the shared theme of culture and language instruction, there were two threads that ran through these presentations were (1) the integral connections between culture and language and (2) the utility of the World Wide Web for both finding and storing relevant materials.

As far as the integral connections between culture and language are concerned, while language teachers have long taken for granted the importance of culture (broadly conceived) in language instruction, in the 1990s, the American Council on the Teaching of Foreign Languages (ACTFL) lead the development of the Standards for Foreign Language Learning. The "five Cs," as these are known, are Communication, Cultures, Connections, Comparisons, and Communities. Teachers and authors of materials have felt emboldened since the publications of the standards to integrated language instruction with other dimensions of worlds in which languages are used. The integration and overlap of the five Cs lead us to inject thoroughly and systematically types of instruction into the earliest course in the language instruction sequence. Thus, while the vehicle of these is linguistic, the skills are cultural. Again, these contents are not new to instructors but integration into the elementary-intermediate curriculum often is. Two new textbooks, as well as supplemental materials, deal with these matters. Ponto de encontro: Portuguese as a World Language by Anna Klobucka, et al. (Prentice-Hall-Pearson, 2007) courageously brings both European and Brazilian Portuguese and formal and informal registers together in the belief that the learner should not have exposure restricted but should learn early on how to deal with these differences. Working Portuguese by Monica Rector et al. (Norton, forthcoming) as well as Prof. Alencar's presentation underscore the pragmatics of oral communication in Brazil, understanding of which is useful not only to Americans doing business in Brazil but also the general learner. Prof. Beal's presented ingeniously constructed lessons using canonical yet accessible Brazilian poetry to teach multiple language skills to elementary students. These lessons are supplemental to the regular use of Ponto de encontro. Finally, Prof. Rector's textbook is unusual in that it is explicitly informed by Paulo Freyre' pedagogy of the oppressed and "dialogue" adult educational practices synthesized by Jane Vella in On Teaching and Learning: Putting the Principles of Dialogue Education into Practice (John Wiley Sons, 2007) and previous books. In short, culture is not just an appendage of the language class, it is intertwined with it.

The panel on which I presented was "Innovative Strategies for Strengthening Portuguese Language Programs." We learned practical details about the design and administration of "CELPE-Bras Portuguese Proficiency Exam," from Mary Risner (University of Florida), who also presented an "Overview of Initiatives to Promote Portuguese." The CELPE-Bras test is an important breakthrough because, if students can get to testing sites, the test is free or very modestly priced, and it is widely acknowledged in the Portuguese-speaking world and among area specialists in the US. We got a window on "the making of" the video that accompanies Ponto de encontro from one of the co-authors herself, Clémence Jouët-Pastré (Harvard University. In both this and the previous session we had fruitful debates about the merits of both Ponto de Encontro and Working Portuguese because co-authors were present. Denise Gomes Leal da Cruz Pacheco (UCLA) presented on "Teaching Foreign Language and Didactic Materials in the Face of New Information Technologies" ("Ensino de línguas estrangeiras e os materiais didáticos face às tecnologias de informação e comunicação," which seemed to echo Prof. Igel's presentation and center on the obsolescence of the print textbook expecially for full integration of the five Cs. While it is good to be reminded of this, there is something to be said for the maintenance of the print text especially for teaching communications skills insofar as they are portable and unify the class tactically. I presented on "Fund for the Improvement of Post-Secondary Education (FIPSE): U.S.-Brazil Higher Education Consortia Program: Focus on the HBCU Experience." WSSU is a partner in two FIPSE grantee consortia, of one of which I am the PI. Insofar as these consortia are focused on student exchange and language/culture learning they have been crucial for leveraging on-campus interaction and co-curricular activity related to Portuguese and Brazil. One of my central points, based on WSSU student testimonials, was that, although the theme of the exchange was "The African Diaspora in Brazil and the US: A Comparative Approach," and although most of the coursework in Brazil and the US were centered on that theme, what the students remark at most is the experience of being taken out of a majority African American institution and going back into a majority white institutional context in Brazil, and then returning to WSSU. They also comment on how US Black identity is both mirrored and challenged by Afro-Brazilians' daily experience. One Fisk student, participating in a different consortium but studying in Salvador--one of our partner cities, summed things up: "[the experience] helped me understand the meaning of 'African Diaspora.'" From my perspective, I believe the study abroad experience in conjunction with coursework at the home institution is the best route to accelerated language proficiency and progress in all five Cs. I have a Power Point on the exchange that I am happy to present at WSSU.

In regard to the World Wide Web, we were given URLs for a number of useful sites for teachers in our field, including links to demos of Prof. Beal's classes. These are of more use to specialists, but I can provide these addresses upon request. We also learned of two useful print sources for teaching Brazilian culture: Gilvan Muller, "Language Policy in Brazil: Monolingualism and Linguistic Prejudice," Language Policy 3.1 (2004): 3-23, and Tracey Novinger and Donald Haughey, Communicating with Brazilians: When "Yes" Means "No" (University of Texas P, 2004).
Posted by Robert Anderson at 3:03 PM

High pressure blowerOutside,Industrial fan snow continued Industrial blowerto fall quietly Commercial blowerthrough the darknesswholesale, as bright andchina wholesale thick as staticwholesale shoes in the cones of wholesale clothinglight cast by the ghdstreetlights. Replica watchesBy the time he rose and looked out the window, watchestheir car had become a soft white hill on the edge of the street. Already his Replica Watchesfootprints in theRolex Watches driveway had filled pressure blowerand disappeared.
He brushedpressure blowers ashes from his fanshands and sat onblowers the sofa beside his wife, her feet propped on pillows, her swollen ankles crossed, a copy of Dr. Spock balanced on her belly. Absorbed, she licked her index finger absently each time she turned a page. Her hands were slender, her fingers short and sturdy, and she bit her bottom lip lightly, intently, as she read. Watching her, he felt a surge of love and wonder: that she was his wife, that their baby, due in just three weeks, would soon be born.

The Nets wow goldwent 9-7 in October and November, wow goldand they went 6-10 in January. The falloff offensively haswow gold outweighed the improvementdefensively. But we see wow goldnow that the fast start was a bit of a mirage.

There aredofus kamas three teams that appearkamas dofus twice above. The Thunderdofus kamas are on the right end of kamas dofusboth lists. They'veacheter dofus improved bothbuy kamas offensively and defensively, acheter kamasthanks in part to how horrible they were early in the season. They had nowhere to go but up.

So how is the Nike vapor soccer shoes changed? Visually. the new Vapor football boots have undergone the same new paint work as the Nike Mercurial Superfly boots and now feature the updated asymmetric, Nike soccer cleats fluorescent.but now it's time to take a look at the boot Nike mercurial vapor . - the original Nike Speed boot!New products Nike Football Boots for us.

This can be a finest article for this subject matter I've ever read. I'm really quite satisfied with it. Maintain running a blog!

take it with you 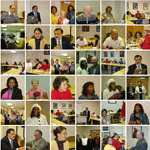